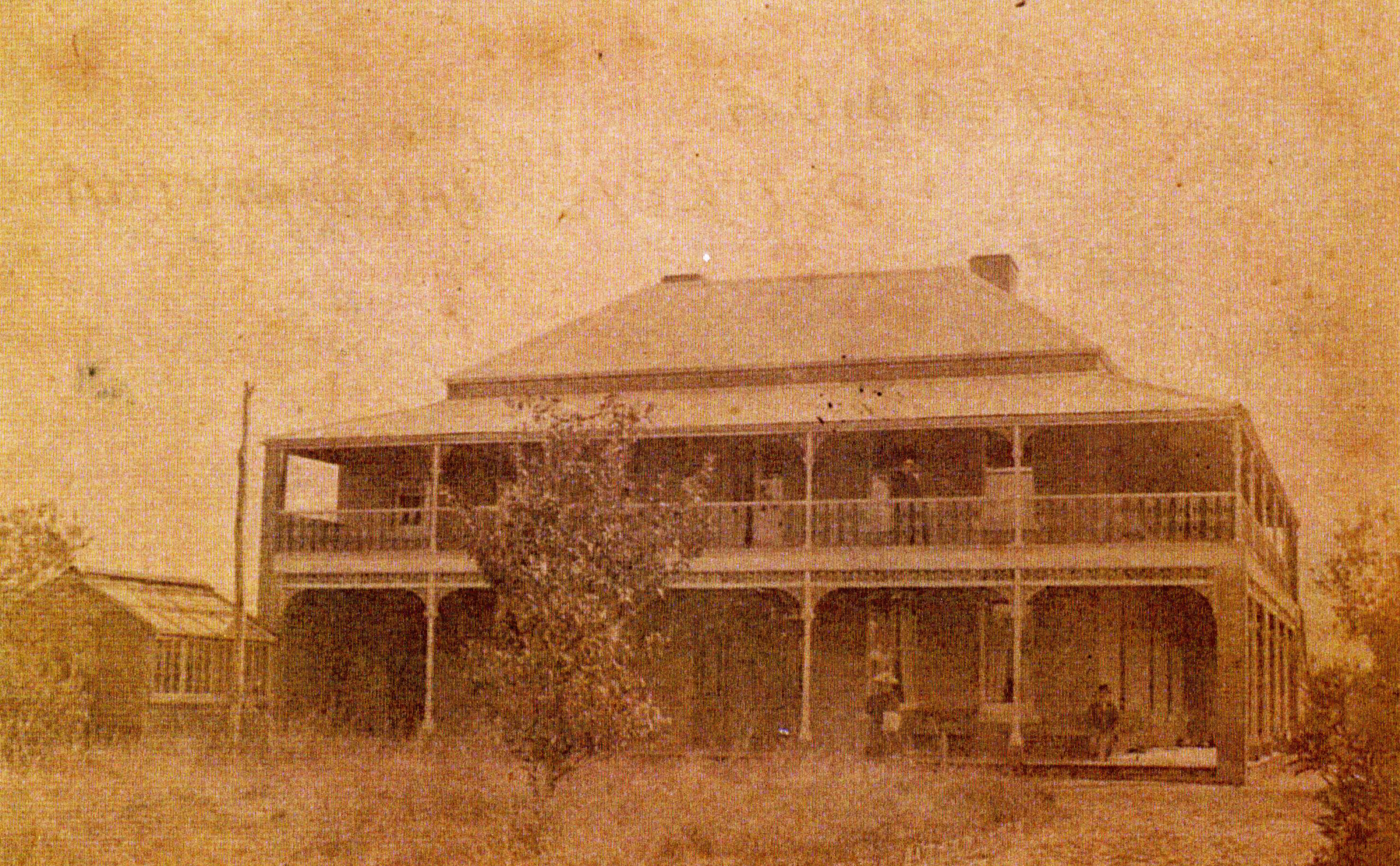 The Origins
European settlers moved into this region following the explorations of Hume and Hovell.  The first record of land ownership here had this valley forming part of “The Hermitage”, the recently abandoned homestead sited on the knoll to the north-east of Gerigh’s winery at North Barnawartha. It appears that in either 1843 or 47 a parcel of land of 365 acres was acquired by the Rev. Thomas Dowell, the Anglican vicar at Holy Trinity Church, Yackandandah, from the Hermitage Estate, Dowell, of who is little known migrated from Plymouth, Devon with some 30 lads, possibly orphans or street kids.  His intention was to give these lads a new start in the colony by having them taught trades.  Koendidda Country House “The Homestead” is sited on these 365 acres.

The Impact of Gold
Dowell’s efforts to teach his extended family of youths “honourable trades” were not helped by gold fever that swept the colony in the early 1850’s. By the middle of the decade, it appeared he was in financial difficulties as he began to liquidate his assets which included his Koendidda acreage. By the early 1860’s Dowell had disappeared, his fare to England paid for by his friends and parishioners.

The House and Buildings
Construction of the house began in 1856 and was completed in 1858 with the title being registered in 1860-1863. 333,000 wire cut handmade bricks were produced by two small clay quarries in the small paddock west of the barn. While most of these were used in the house, the balance went into the in-ground wine cellars, the stables, the barn, carpenters’ shop, creamery, and other sundry buildings. All timbers, except for the doors, which are solid and imported from England, were milled on site, a remarkable achievement for the times. Timbers include Iron Bark (from Chilton Park), Red Gum, (from along the creek), Murray Pine, Red Pine and Red Cedar.

The bricks in the garages were salvaged however survived until approximately 25 years ago. They were unroofed in a storm and were never restored. The stable survived until not long after and were located north of the current orchard. The carpenter’s shop formed the easter extension f the barn. Only parts of the Red Gum stumps remain, and the woolshed adjoined the western end of the barn. The masonry residue of this building was removed in 1888,
Thankfully the house and creamery have been saved. Planning approval was given in 1992 to restore and convert the barn in quality accommodation. The style of house is described as Georgian Vernacular

Fortunately succeeding generations had maintained the simple lines of the house and it has largely retained its originality as a Gentleman’s Mansion.

Four generations of Pooley’s have occupied and farmed the land at Koendidda Country House.

The first was Humphrey George Pooley, J.P. Humphrey Snr was responsible for building the homestead and acquiring the land, both as mortgagee sales. Throughout the late 1850 – 1860’s Humphrey continued to acquire surrounding lots along the Indigo and a parcel of 300 acres in what is now Chiltern Park.

He and his successors were engaged in mixed farming, i.e., sheep, wool, cattle, grains/lucerne hay and grapes.

Humphrey George Pooley Snr was a Devonian born 27-5-1823 and had migrated as a free settler, from Launceston, Cornwall in 1854. In 1848 he married Mary Oliver at Providence Chapel, Lifton, Stoke Demerel, Devon. Their ship foundered off the then NSW / QLD coast, possibly Fraser Island and once rescued and having departed England with little, they began their life in Australia penniless.

But Humphrey had a vision that beneath a certain tree near Allen’s Flat, he would discover gold. This he did, in fact his entire body weight, valued at 4000 pounds ($8000) at that time. Today this would equate to a 7-figure sum.

Humphrey was a god fearing and prominent Methodist, Masonic, legal and community minded he led an honest and hard-working life. He died in 1911 at the age of 88. The land on which the Cookinburra church is sited was donated by Humphrey in 1864 for use as the indigo creek school, with Mary his wife as the teacher until 1874.

Although they had 6 children, 3 died at birth. Marion, the eldest was born in England in 1851. She died a spinster in 1911. Earlier in her life she was badly gored by a bull despite valiant efforts of her father, she never recovered from the injuries she sustained. The second child Margery Emily was born in Newcastle in 1856 and died in 1927. Heir and successor Humphrey George 11 was born in 1863.

By 1888, Humphrey George junior had succeeded his “enfeebled” father in the operations of the extensive property. He too became prominent in legal matters (as a J.P., he followed his father’s footsteps in regularly attending sessions in Chiltern, he involved himself in various agricultural, viticultural, and horticultural associations, and even was a shire councillor for 9 years. He was a keen rifleman and student of nature.

For a man deprived of the benefits or higher education, he enjoyed the classics and the trappings of a refined albeit modest lifestyle. He was recognised as a keen elocutionist of ability and adjudicated at district concerts.

He married Margaret McCulla, a teacher at Middle Indigo School, but she died unexpectedly aged 39, in 1907. In 1909 Humphrey remarried, to Emily Oates. This union produced 4 daughters and 2 sons, including Humphrey Pooley 111, born 1912 and died 1978. One of their children, Gordon continues to farm 1000 acres of prime creek frontage surrounding the homestead and adjacent hills.